I’m a retired Safeguarding Trainer.  When I retired in 2010, I wanted to make good use of my time, to develop interests I already had, and to get involved in new activities.

I’ve enjoyed drawing and painting since I was young, and some of my paintings are featured in the website.  At Christmas, I send Christmas cards based on paintings I’ve done to my friends and relations.  You’ll notice that there are a lot of snow scenes!  With watercolour, that means you leave a lot of white.

I’m also keen cyclist – I’m afraid not a lycra-clad hill climber – but I like to do a decent ride each week.  My friend Ian works out a route and I follow wherever.  He always ensures that the route involves at least one cafe stop!  I fall off occasionally but I’m fortunate that only one fall has involved a proper injury.  I also go cycling with my friend David, but he generally has no idea where we should go – or even which is left and which is right. 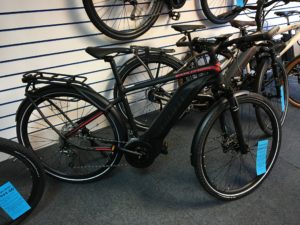 Both my cycling companions are substantially younger than me so up to four years ago this had to involve them in waiting for me while I struggled up hills.  For six months, we lived at the top of a steep hill, and it was during that period that I became interested in electric bikes, and eventually bought one.  I am now on my second one, seen here in the shop. 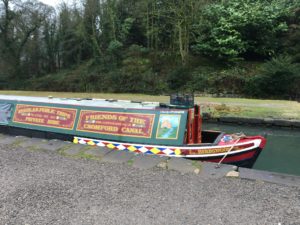 Until recently, I had a narrowboat, the March Hare.  In the Boating gallery, you’ll find photographs of the trips my wife and I took over the last two years before we sold it.  Since last year, I have been volunteering on Birdswood, a restored narrowboat which takes public trips on part of the Cromford canal, from Cromford wharf to Lea Wood pump house.  It’s bigger than ours, which was 58 feet, at 72 feet, and can carry 50 passengers. 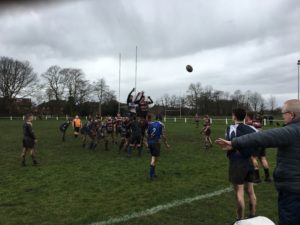 I love rugby union and have been a season ticket holder at Sale Sharks in Manchester for at least 10 years.  My grandson Charlie plays for the Sale under 16s as hooker, seen here against an Altrincham side.